Site de Madelle
MEMORIES for this past school year...
B-A Youth Exchange WEBSITE
​The Dutch arrived on Saturday, September 24th!
We went to Apeldoorn on April 7, 2017...Great time together! 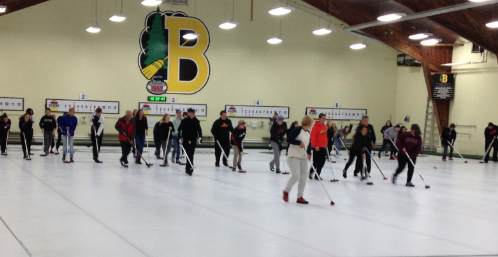 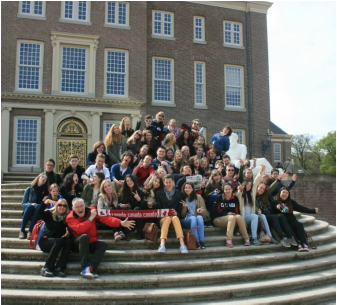 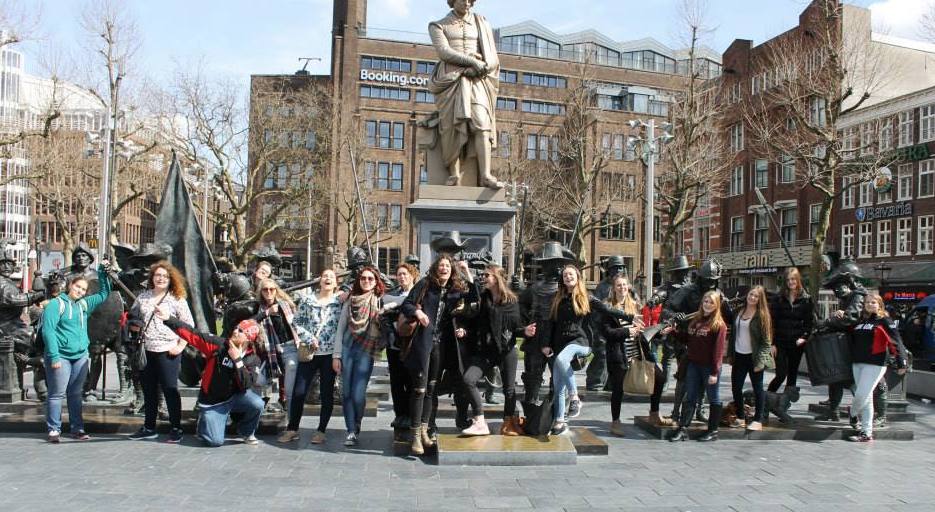 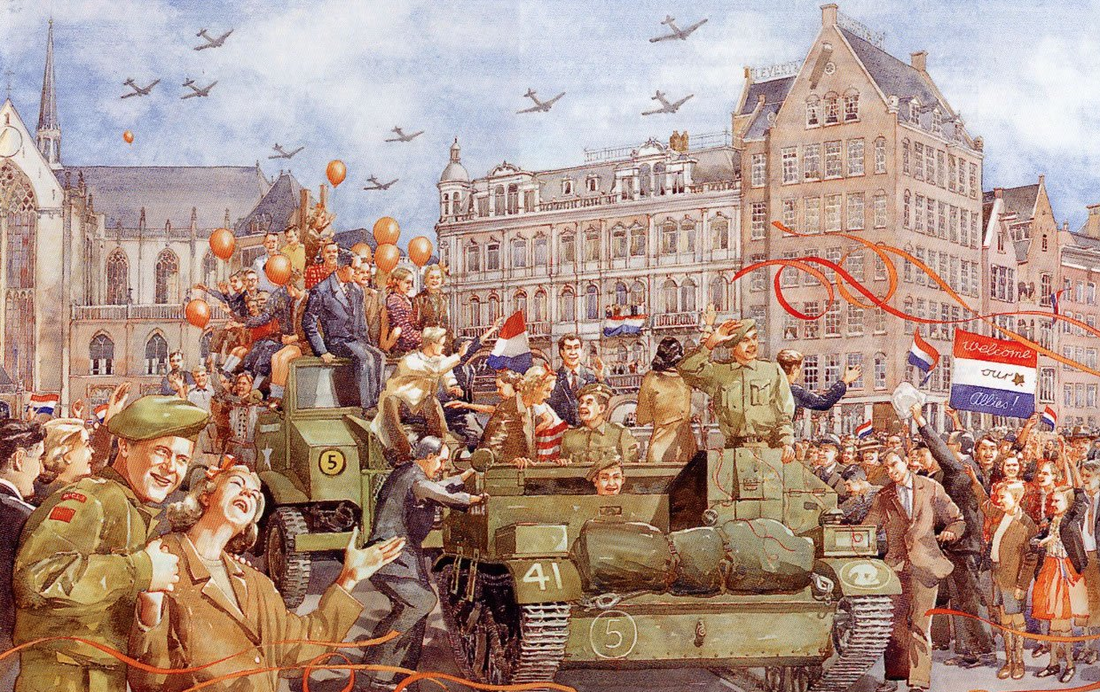 WHY participate in this exchange?
This year, several Burlington high Schools, once again participated in the Apeldoorn-Burlington Youth Exchange. Bateman, Lester B. Pearson, Nelson, and Hayden High Schools were very excited about this exchange. Students and their families who participated in this exchange in past years found the experience very rewarding and enriching. It offers such incredible learning opportunities. The Dutch exchange partner were here late September 2016 for 9 or 10 nights, and we went to the Netherlands in April 2017.

Why was the destination of Apeldoorn chosen?

1. Apeldoorn is one of Burlington’s twin cities.
2. Every May, the Dutch celebrate the liberation of Holland, in which Canada played a large role, and the ending of World War II. Apeldoorn always hosts commemoration ceremonies related to ‘war, peace and remembrance’.
3. Students will attend and participate in additional activities run by the Apeldoorn high schools.

What is the purpose of this trip?

1. Historical: our students will learn more about Canada’s roles in World War II and the impact of war on communities. This trip will enhance the students’ learning and understanding of the Grade 10 History program.
2. Remembrance: our students will witness, first-hand, the power of remembrance and will honour World War II veterans and families touched by this war.
3. Cultural: our students will experience life in Holland –lifestyles of Dutch families, their values and beliefs, Dutch schools, food, and city life. Our students will discover both differences and similarities between Canadian and Dutch cultures.

What is the cost of the trip? As long as we have 7 students per school participating (21 students in total), we are anticipating the cost of this trip to be approximately $2200 (depends on fuel surcharge).  This includes the flight (taxes), mandatory insurance (baggage, cancellation and medical), supply teacher costs and a gift for our host school and covers the activities for the students. The itinerary is packed! As it is more than a year before the students go to the Netherlands, we are currently unable to reserve flights.

Are there student/parent information meetings? Of course! The coordinators always hold an information meeting.  Once the students have been chosen from the three participating Burlington high schools, another meeting takes place, usually at Burlington City Hall for all those involved with the trip. We contact you with important meeting information when we reach that point.

If you have any questions, comments or concerns about the youth exchange, please email me.

The countdown begins!
Our Dutch partners are arriving on September 23, 2014!
In preparation for this exciting time, we are having a FULL MEETING (Students AND Parents) on
Monday, September 8th at 19h at Bateman High School in the library.


We leave in three sleeps!  Het gaat nu zo vlug!
a.  Remember the form that I emailed Saturday with final info.
b.  I will have an updated HEALTH form that we just received (giving me permission to allow a medical professional to treat an illness, medical situation that may arise during our trip).  I will scan this  to you all tomorrow morning!  Please return to me Tuesday.
*** adaptor, some money, pack lightly and get all your work done BEFORE we leave!


From Ms Fox, whose parents lived in Denmark, and as young children, remember the morning when the planes were flying low overhead during WWII.

About six miles from Maastricht, in the Netherlands, lie buried 8,301 American soldiers who died in "Operation Market Garden" in the battles to liberate Holland in the fall and winter of 1944-5.  Every one of the men buried in the cemetery, as well as those in the Canadian and British military cemeteries, has been adopted by a Dutch family who mind the grave, decorate it, and keep alive the memory of the soldier they have adopted.  It is even the custom to keep a portrait of "their" American soldier in a place of honor in their home.    Annually, on "Liberation Day," memorial services are held for "the men who died to liberate Holland." The day concludes with a concert.  The final piece is always "Il Silenzio," a memorial piece commissioned by the Dutch and first played in 1965 on the 20th anniversary of Holland's liberation. It has been the concluding piece of the memorial concert ever since.


This year the soloist was a 13-year-old Dutch girl, Melissa Venema, backed by André Rieu and his orchestra (the Royal Orchestra of the Netherlands). This beautiful concert piece is based upon the original version of taps and was composed by Italian composer Nino Rossi. 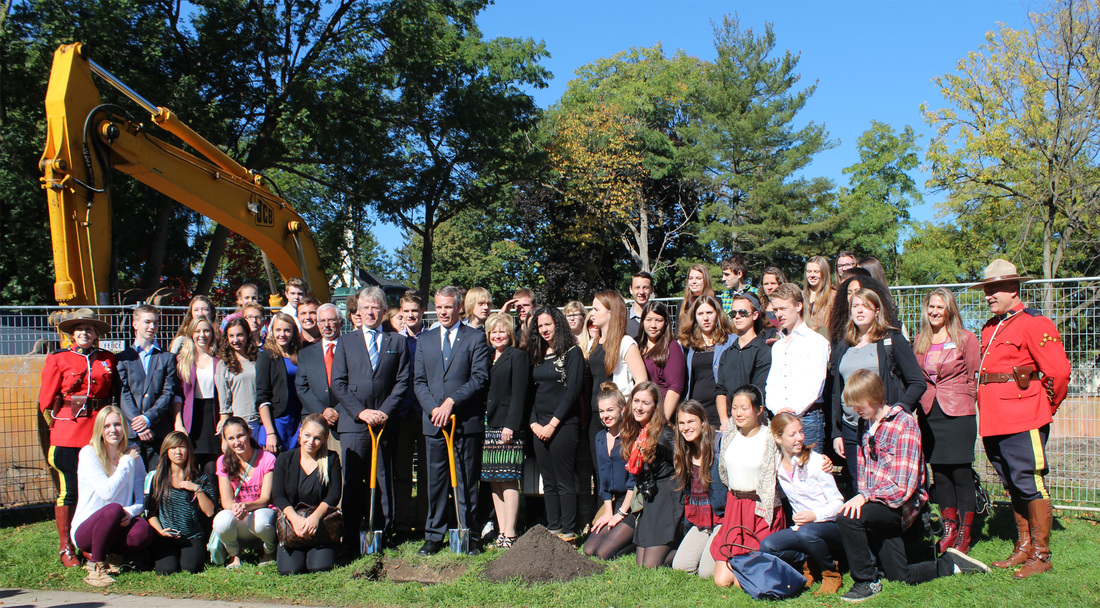 Celebrating the twinning of the two cities in Burlington, October 2013  New parkette on Nelson Street! 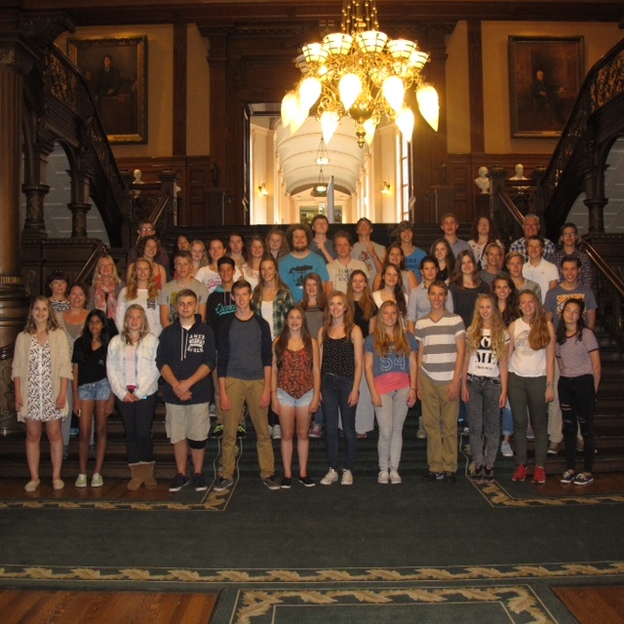